It’s Britten here filling in for Megan who had another procedure done yesterday on her mouth and she’s in quite a bit of pain.  All of your thoughts, prayers and support really keep her spirits up during this difficult time so keep ’em coming!

When Megan texted me yesterday asking me to come up with a Tuesday Tutorial, I asked for requests on the ARS Facebook page and the first two comments were for something with the Silhouette.  Since I happened to have some Silhouette Heat Transfer Vinyl on hand AND a  messenger bag that I snagged at Joann with a coupon a few weeks ago –  I thought it would be a fun experiment for today’s Tutorial.

Here’s how my finished bag turned out: 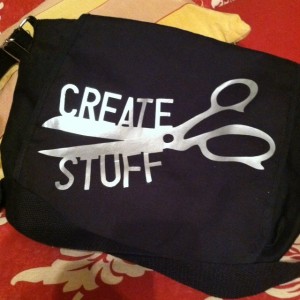 Isn’t it AWESOME?!  And it was so easy and fun too!  I’ve included a step-by-step tutorial with pictures below so you can create your own.

The vinyl comes in 9×36 inch rolls.  I had a silver and a black glitter (I ended up cutting both but thought the silver would show up better on the black bag): 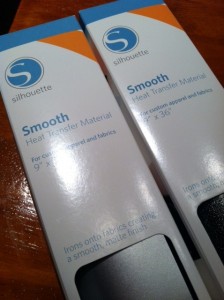 Now I had to pick something to cut.  I headed for the Silhouette online library and found this awesome design by Loni Stevens for only $.99: 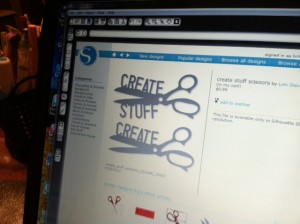 After downloading, I added it to my virtual mat, ungrouped it and deleted the bottom image: 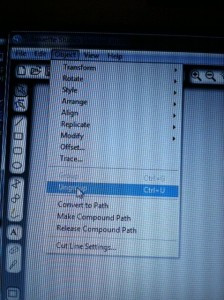 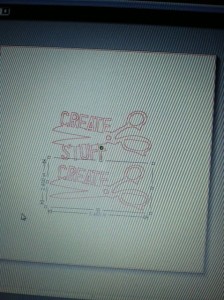 I re-sized the top image and then – following the instructions on the box – I flipped the remaining image horizontally before cutting: 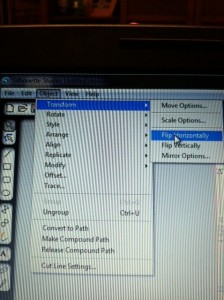 Once the image was cut (I didn’t even need a mat!  Just loaded the vinyl directly into the Silhouette!), I separated the vinyl from the clear backing: 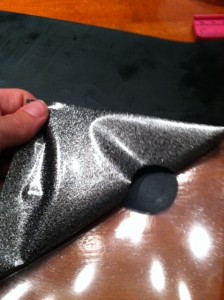 Then I positioned it right-side-up on my bag: 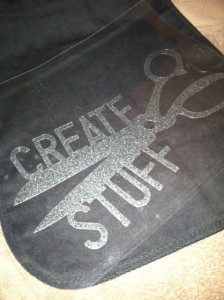 And ironed it on, again following the box instructions which said to cover the vinyl with a cloth (I used a scrap of an old t-shirt) and then press firmly: 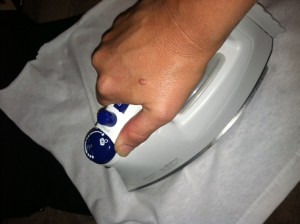 After ironing, I carefully removed the clear backing: 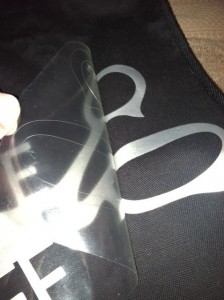 Here’s me with my new bag…. I love how it turned out and I can’t wait to take it with me to CHA in a few weeks! 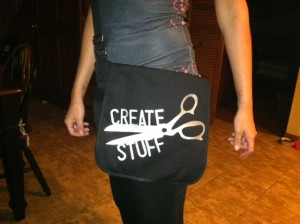 A couple of things to note:

I followed the instructions on the vinyl box carefully, except that I did need to adjust my blade depth to 3 instead of the 1 setting that they recommend.  I’m assuming it’s because my blade is a bit dull, but definitely try out a test cut so you don’t waste your material.

I had to flip my image horizontally because it included text.  If your image does not have text, you aren’t required to do the flip, but if you don’t your image will be reversed once you cut.

I think this is such a FUN material to cut and it can be used on SO many things:  totes, t-shirts, hats, onesies….the possibilities are endless!

What would YOU make with some heat transfer vinyl and your Silhouette machine….??? 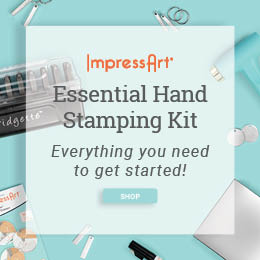