I don’t have a CTO video for today, but I do have a FEW things that I want you to mark on your calendars and get ready for!

My Final surgery for jaw/teeth is yet to be schedule officially because of a few other things that have to happen first, but it should be sometime in July so I’ll keep you posted!

BIG EVENT and NEW Product Releases are about to happen and I do not want you to miss any of them!

Mark your calendar for July 10th because there is two huge Announcements about to come out! You’re going to FLIP when you see what we’ve come up with!! There’s nothing like this! It has never been done before so its going to be SO fun and it’s SO unique! There’s been work going into this for MONTHS and there is still months more work to do! I hope I can get it all done! 🙂 IF my health allows me to do so I’ll do a LIVE ustream the night of July 10th – Details to follow IF Teeth allow – BUT – The Announcement and the fun will start that day either way! 🙂
We have two kits coming out and new classes and workshops that will follow those. We will be changing the way we do things on those, so you can not wait on them – they will be going going going FAST! And I can tell you now, we will not be reordering extras like we had done in the past! 😉 First Release will happen NEXT Thursday July 5th perfect timing for your Holiday Weekend 😉 and the other one well – I’ll announce that soon – I have to keep you on your toes somehow!

On a side note:

Who watched Craft Wars on TLC last night? I was totally cheering for the wonderful Christy Tomlinson, but Cheryl whipped it together in the end! 🙂 Did you love it? Hate it? Want to compete on it? Want to be a judge? Give me your thoughts please! I want to know them all! It airs every Tuesday at 10/9c! Don’t miss next week! Maybe we will have to have a Craft Wars party on ARS some Tuesday night and we can “chat” throughout the show! 🙂 Who’s in for that party???

Alright friends! Have a fabulous day! Very thankful for you again! 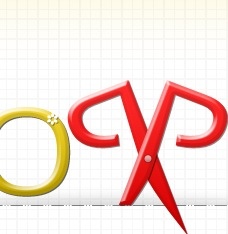 36 thoughts on “Special Special Stuff Coming! July 10th is MINE!”